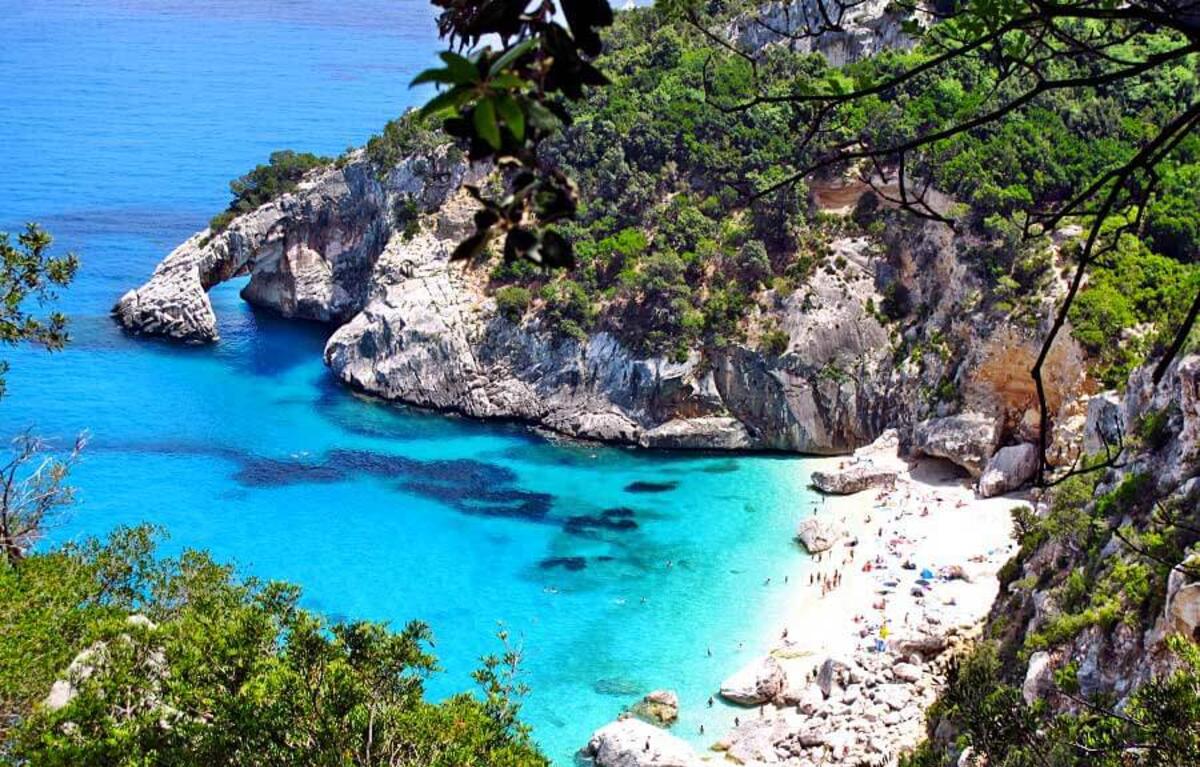 Cala Goloritzè is a beach in the Orosei Gulf and it is considered one of the most beautiful beaches of the Mediterranean Sea. Its main characteristics are the turquoise water, the white sand, the  little depth of the sea bottom, a rock bow over the sea and a rock pinnacle 143 meters high on it. This beach is an official "Natural Monument" since 1993 and a "National Italian Monument" since 1995. It took shape in 1962 after a landslide. 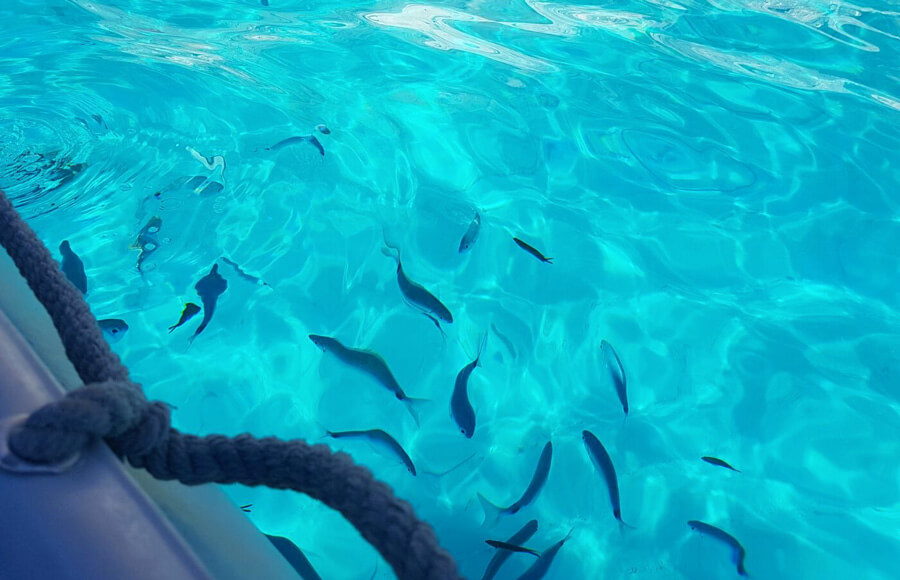 You could think that the mistress of the beach is the beautiful water, but you'd be wrong. In any other Sardinian beach you are astonished by the water, its colours and its warmth. But this is not the case. Cala Goloritzè's mistress is a calcareous pinnacle 143 meters high. It is also called "Monte Caroddi" (Caroddi Mountain) and it is a "perda", which is a calcareous monolite. This pinnacle is an ambitious destinations for climbers from all over the world: there are, indeed, a lot of climbing routes, opened during the years. Th most famous one is called "The Windmills' Symphony" and it has been opened at the end of the Seventies by Manolo and Alessandro Gogna, two famous italian climbers. 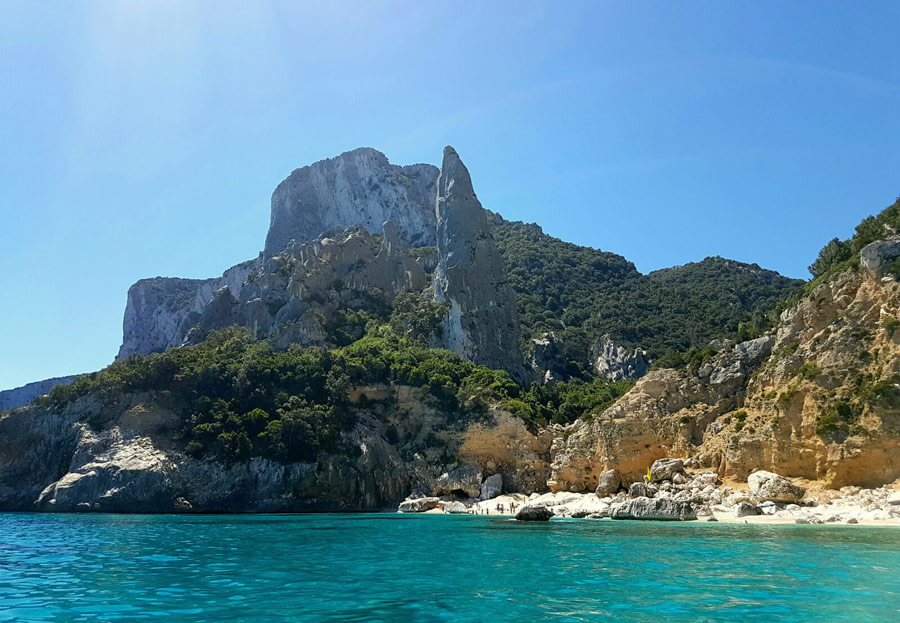 Born from a landslide in 1962, Cala Goloritzè remains impressed permanently in its visitors' minds. Maybe also because it is not easy to get there. It is preserved by every possibile cause of contamination or pollution, so there are only two ways to reach it: by land (walking) or by sea (sealing). By land you can reach it walking a trekking path after leaving the car at the Su Porteddu parking. All the paths to Cala Luna (and then to Cala Goloritzè) start from the parking. The path is not an easy walk along the sea, but a trekking path in the middle of the Baunei Supramonte 3,5 km and 1 hour and a half long. It is not very difficult, but you can not deal with it with a beach umbrella, the towels bag, the fridge bag and the thongs. We suggest to travel light thinking about the beautiful walk in the Mediterranean scrub you are doing. By sea is quite easier: there are transport services or boat rentals in the near harbors, from Arbatax till Cala Gonone. You can not reach the beach with the boat, but you can dock 300 meters from the coast. Then, you only have to swim. 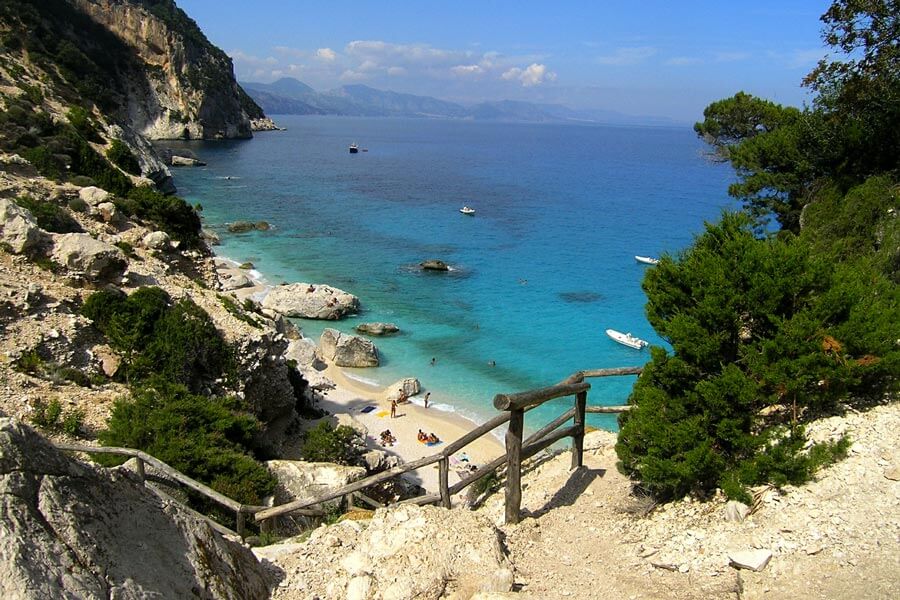 Everything has a price

After a political decision by the Baunei District, you will have to pay if you want to go to Cala Goloritzè. The price will be 6 euros for adults and 1 euro for children with less than 10 years. The payment will be obligatory from 7.30 am to 19 pm, every day. The news will start from August, 1 and it has already generated a lot of different opinions. One side who think it is crazy to pay for having a bath in a public beach, on the other side who think that 6 euros are not so much considering the status of "National Italian Monument" and that there are a lot of people that don't respect the environment and ruin it. 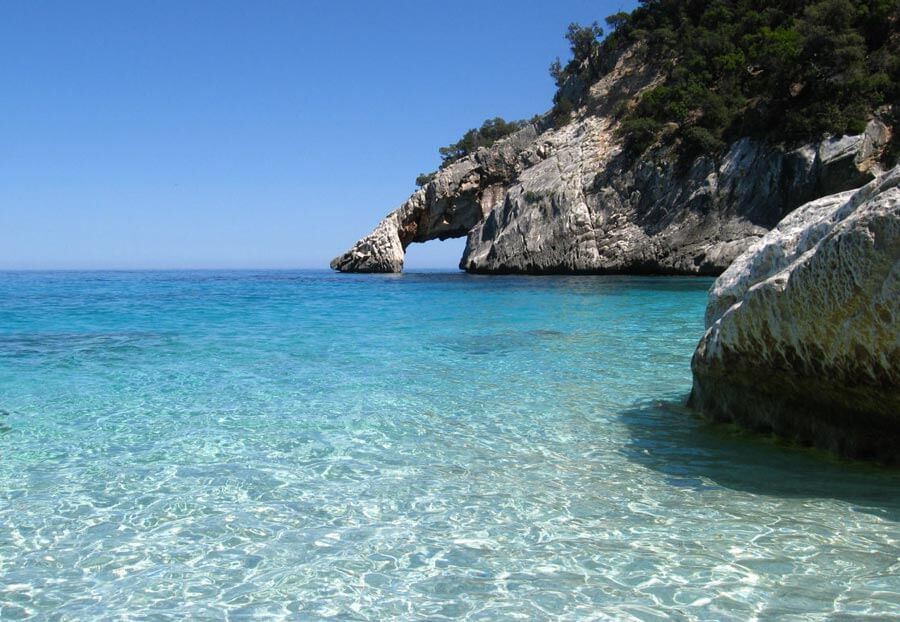