Which are the most popular beaches in San Teodoro?

Which are the most popular beaches in San Teodoro?

The coastline here extends for 37 km and is carved into granite cliffs and indented with white, sandy bays. Every beach has its own special features but they all share one thing in common; the crystal-clear, shallow waters without currents. Thanks to the mild climate of San Teodoro, you can spend a day at the beach even during low-season, so you're free to plan your holiday to suit your needs.

Our overview of the most famous beaches is an invitation to experience first-hand what nature has bestowed on this incredible place: the freedom to remain unspoilt. 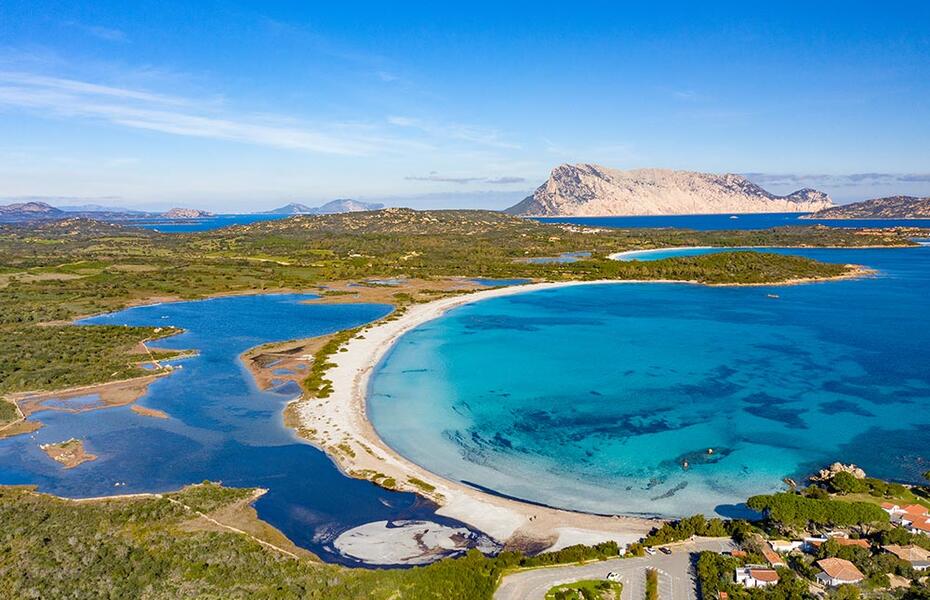 The most famous of San Teodoro's beaches and also the closest to the village, this 5km-long stretch of sand features a gently sloping seabed free from rocks. La Cinta is also renowned for its thick vegetation that welcomes you with the perfume of juniper, sea lilies and sunny yellow helichrysum flowers. The landscape is dominated by the fine sand dunes and the Tavolara island perched on the horizon 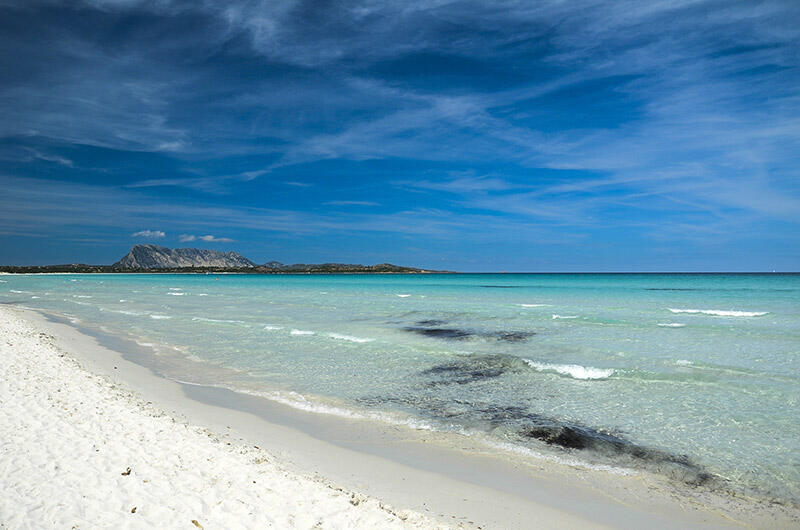 A little gem located to the south of San Teodoro; this beach has coarser sand with a few rocks bordering the shoreline (ideal for snorkelers), whilst a salt lake can be found just further inland. Juniper trees form a green border around the 'Punta dell'Isuledda', the beach's full name for those taking note! 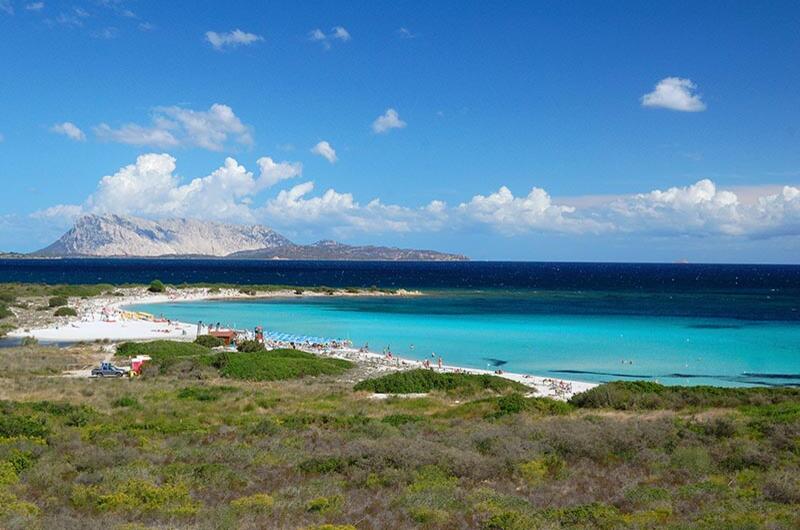 In the past this beach was used for trading with rural areas, but today Lu Impostu affords crystal-clear waters and some examples of rare plant life such as mimosa plants, sea thistles and wild lilies. The beach has ample parking spaces which is convenient for those travelling by car or campervan. 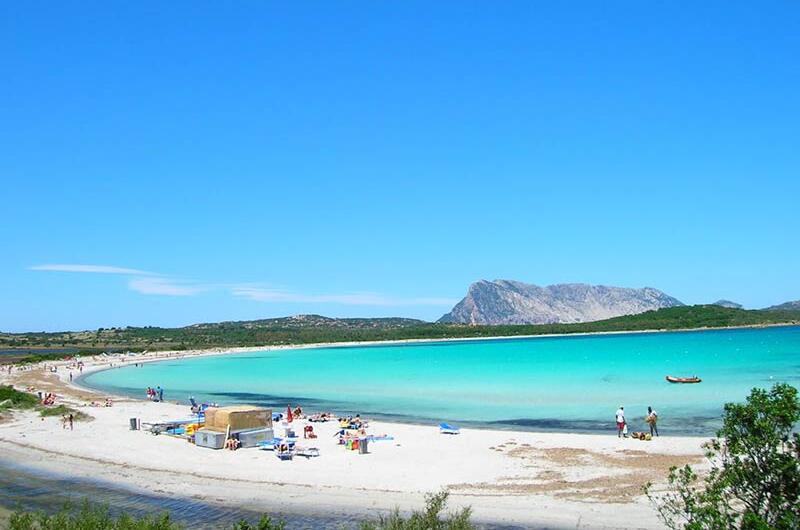 Did you know that Brandinchi bay is also known as Tahiti? The sight of turquoise waters and dazzling white sand, all shaded under an expanse of pine forest, will certainly take your breath away. Paddle along the shallow shore and take in the endless variety of colours emanating from the surrounding countryside. 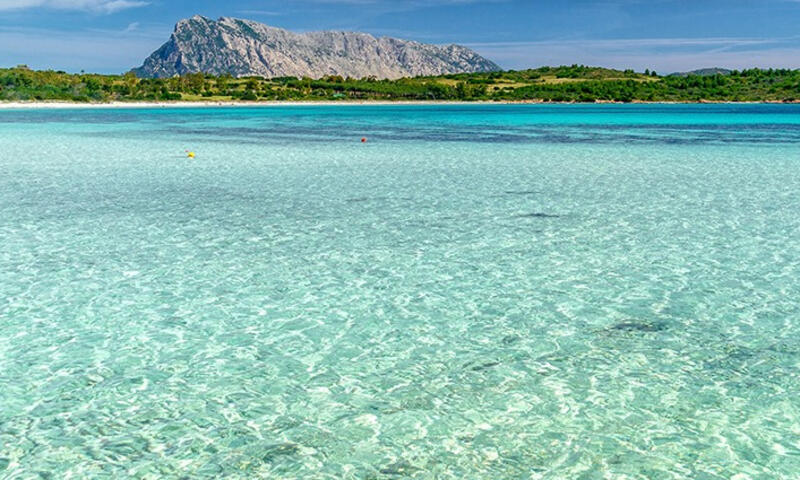 Imagine rosy-pink granite cliffs chiselled by nature into suggestive shapes and formations: this is the backdrop to the Girgolu bay, where the coves are peppered with juniper trees and filled with the fragrance of the maquis shrub land. This beach is famous for its granite rock and turtle-shaped formation, a work of art by nature itself. 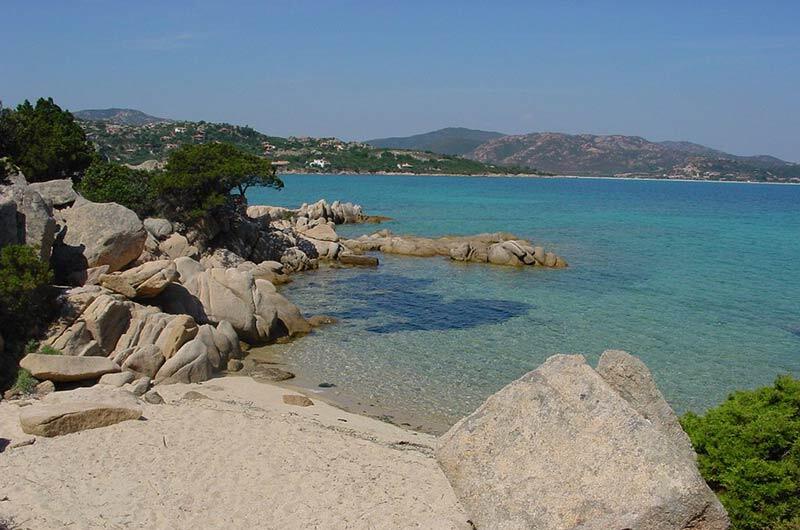 Puntaldia is a small beach, popular with windsurfers and divers and also not far from a 9-hole golf course. The name comes from the Italian 'punta della guardia', meaning 'lookout point' which highlights the strategic significance of its location. As a beach, Puntaldia is a great option for those who want to combine relaxation with sport. 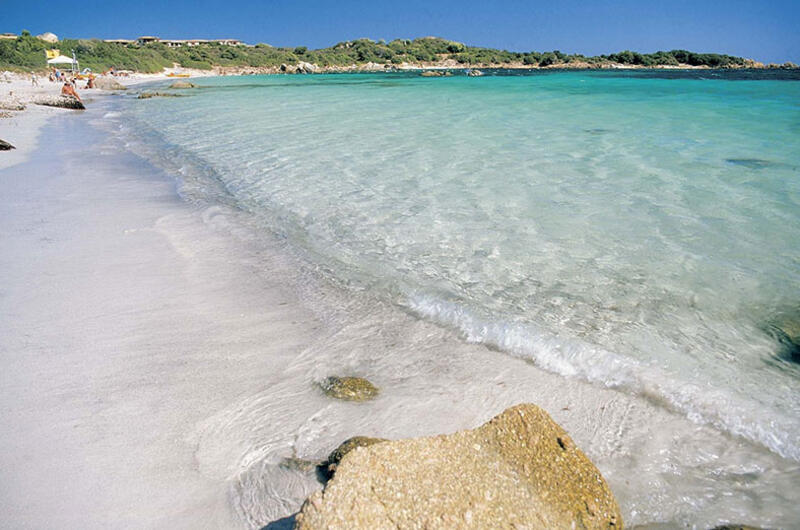 The panoramic viewing point of Capo Coda Cavallo is easy to reach, where you can take in the spectacular surroundings. The beach is located to the north of San Teodoro and overlooks the islands of Proratora, Molara and Tavolara. 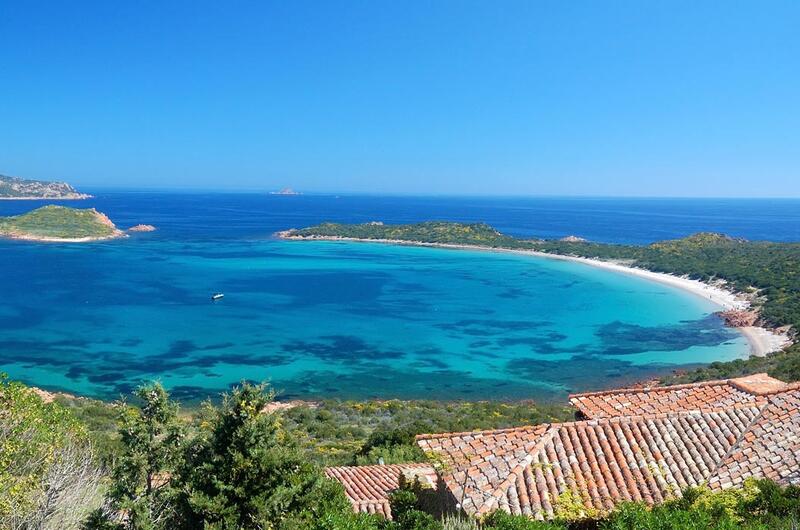 This little cove is surrounded by thick vegetation making it ideal in hot weather. The white sands with glints of silver against the turquoise sea will enchant your days at the beach. Not far from this bay there is also a diving school that organises dives and courses for beginners and experts alike. 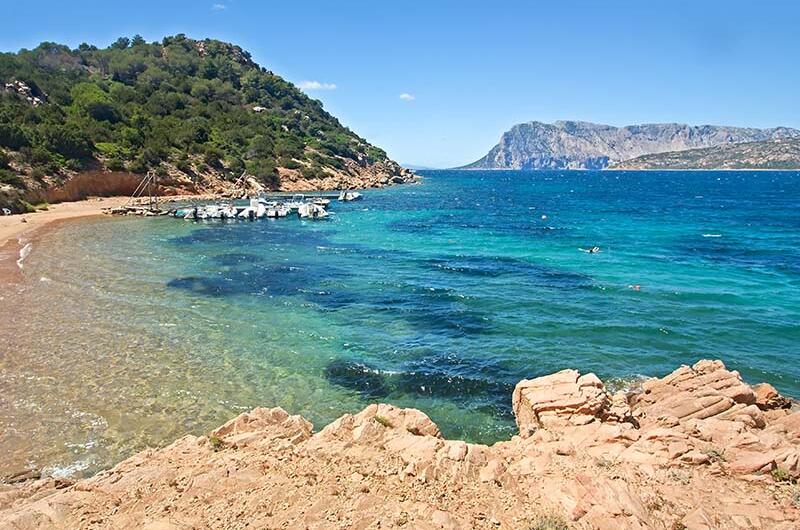 If you want to be able to relax on a small beach without crowds of people and experience nature at the same time, then Punta Molara is for you. Immerse yourself in the green Mediterranean maquis, Sardinia's bush land filled with rare flowers and plant life; gaze at the fish swimming through the water and dive off the cliffs that turn into stretches of white sandy beaches. 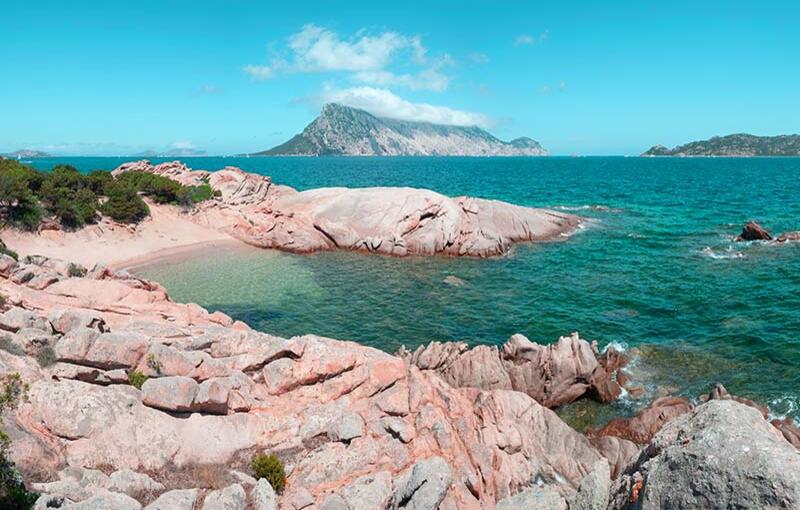 Which are the most beautiful islands near San Teodoro? 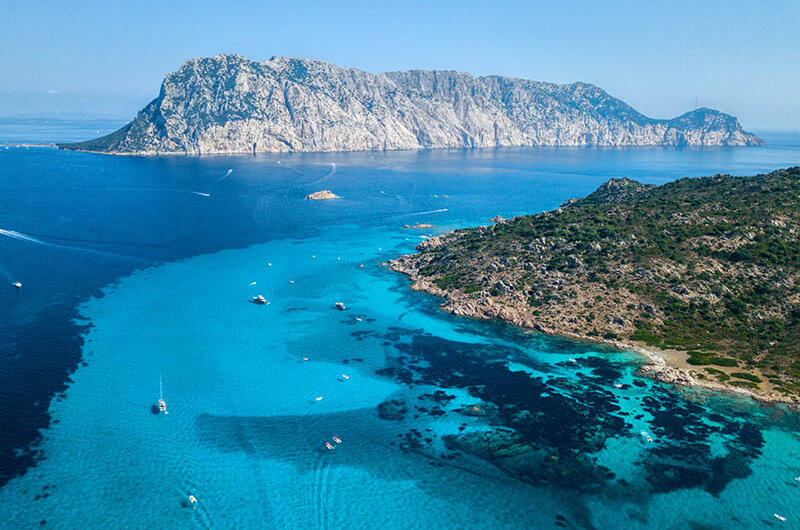 Anyone coming to San Teodoro is unlikely to forget its natural wonders such as Molara island. This island forms part of the marine preserve along with Tavolara island and the Coda Cavallo peninsula. Molara island is round in shape and can only be visited on request as it is privately owned.

The island is renowned for its rare species of sea birds such as the peregrine falcon, its vegetation of chestnut, holly oak and juniper trees that grow in abundance and its pebbly shore. Towards the eastern end of one of the island's longest beaches stands what is known as Dinosaur rock: nature's artwork sculpted by the erosion of wind and water.

Along the southern coast lies one of the island's most unique attractions: the 'Piscine di Molara', the pools of Molara. These sublime natural pools of clear, turquoise water are a gift of nature that makes Sardinia truly worth visiting. 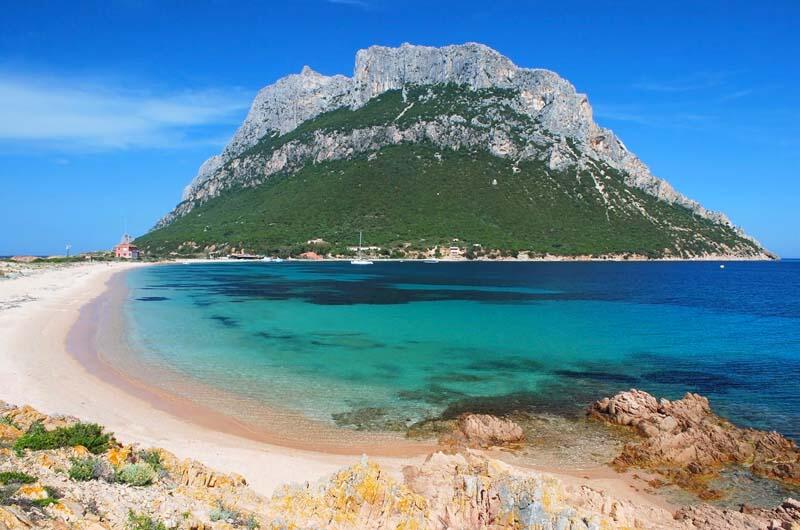 Tavolara island is accessible by ferry from Porto San Paolo. Even from San Teodoro it is easy to spot because of its immense limestone cliffs that jut out over the sea. This island is the crown jewel of the marine preserve and is owned by the Marzano family.

You'll be astounded by the Spalmatore di Terra beach, enveloped in wild vegetation. Explore the areas of the island that are open to tourists, where the habitat differs from the rest of Sardinia due to its isolation over centuries and still remains untouched. One of the few exceptions to the rule of tranquillity and natural beauty here is the annual film festival that takes place every July: 'Una Notte in Italia', (A Night in Italy), entirely dedicated to Italian cinema.