Carloforte: the Genoese community in Sardinia 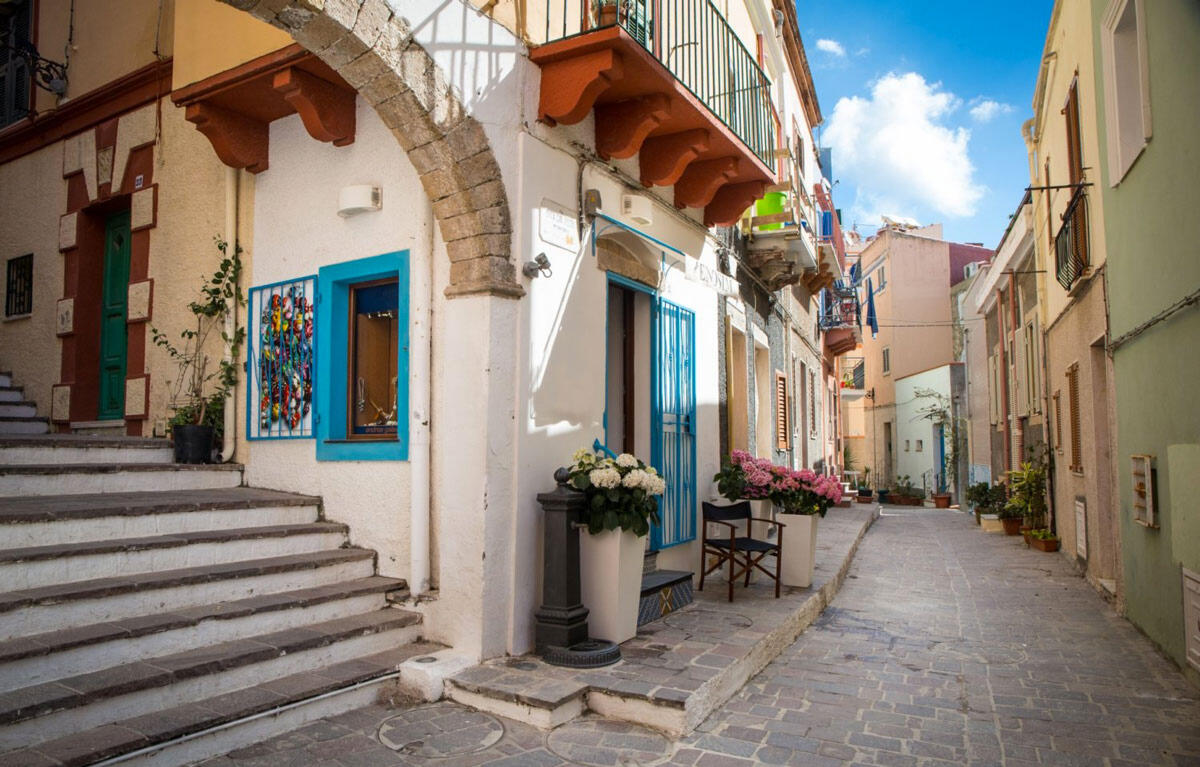 A sardinian island where you can eat food from Genova. That's Carloforte, a small city on the San Pietro island, 10 km away from the sardinian coast. We are in Sardinia, but everything here reminds to Genova: the cooking, the speaking tongue, the traditions.

The Genoese origin of Carloforte stands back in the centuries. In 1540, fishers and traders from Pegli (a district of Genoa) left the homeland to reach a Tunisian island, Tabarca, to find the “red gold from the sea”, the coral. After a couple of centuries, arab people and pirates made them leave the island and find refuge along the sardinian coast. Here they founded the cities of Carloforte and Calasetta and began the crazy stoy of the “Genoese people of Sardinia”. 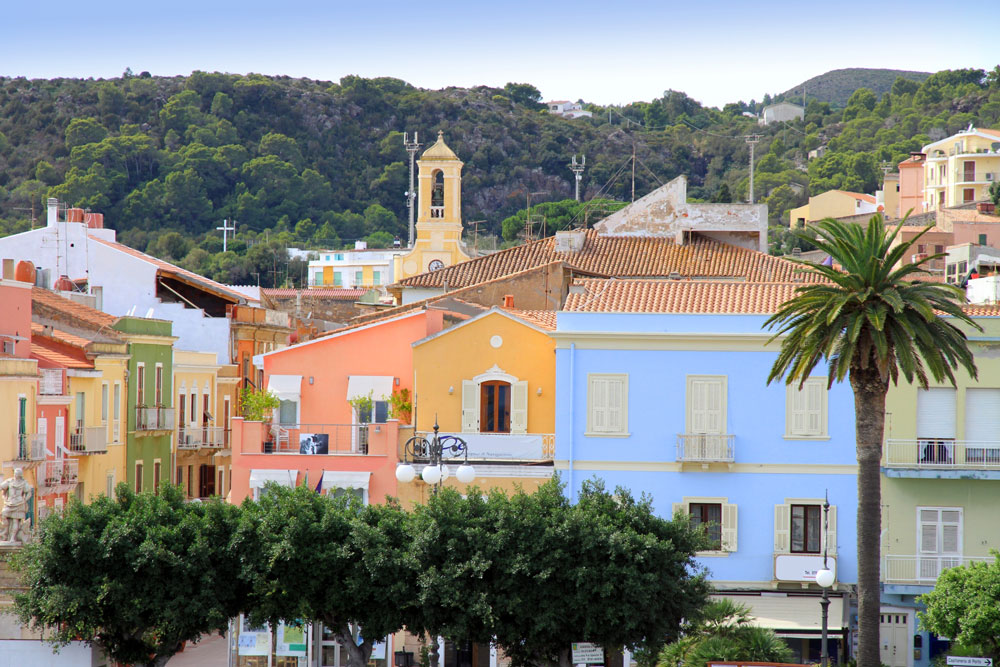 One of the most beautiful places in Italy

Carloforte is one of the most beautiful villages in Italy, with small squares, the pier, the small port and the ancient churches. Outside the city walls you can still admire buildings from the XVIII and XIX century and the statue of Carlo Emanuele III di Savoia, king of Italy once, who let these people to colonize San Pietro island. Today 6.400 people live in Carloforte, and in their veins flows the blood of Africa, Genoa and Sardinia. And they speak a strange language very similar to genoese but very ancient. 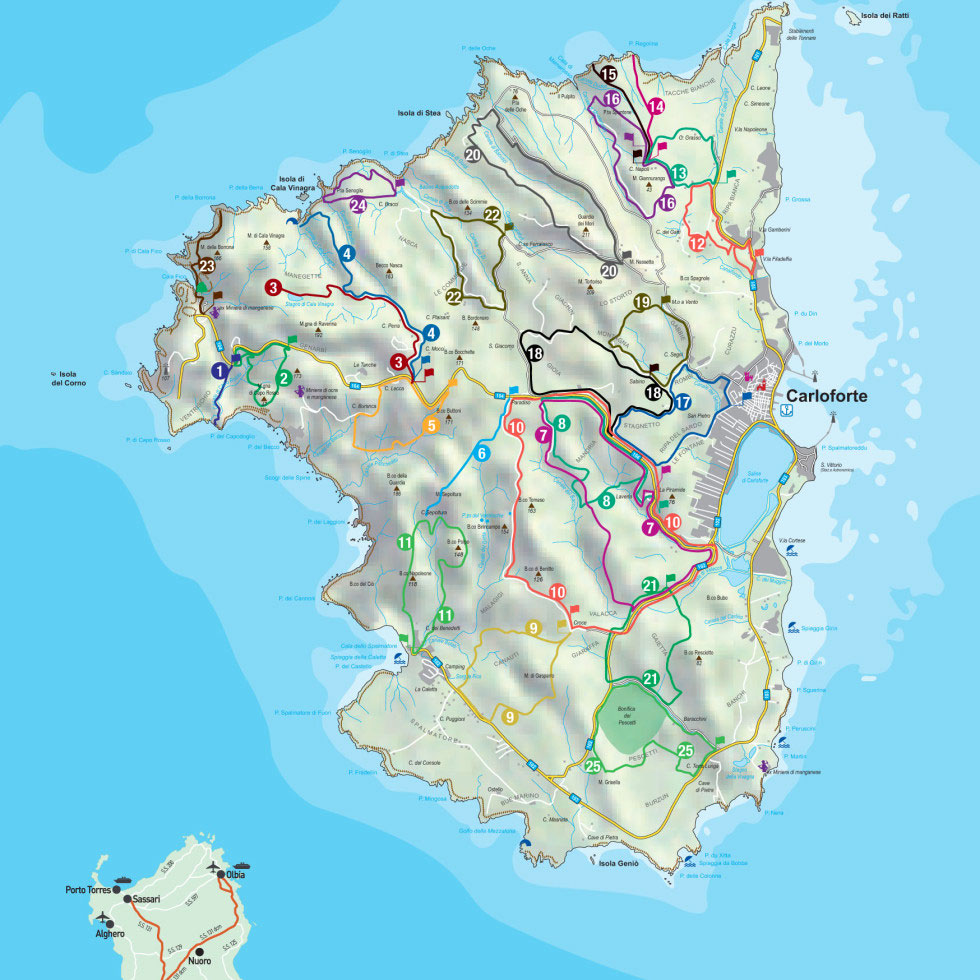 The best way to visit the island is to rent a dinghy or a boat and explore all the island, discovering beautiful places you could not reach otherwise. The coast offer all kinds of beaches, from sand to rocks to cliffs over the sea. This is also a perfect spot for birdwatching: you could see the rare Queen's Falcon or the pink flamingos.

You can reach San Pietro by boat from Calasetta and also bring the car with you.

In addition to the charm of its history, its village and its nature, Carloforte is also attractive for its cuisine, typically seafood, a blend of Mediterranean cultures. In addition to focaccia and farinata, inherited from the Genoese tradition, another important dish is cascà, similar to couscous, seasoned with fish and vegetables, and clearly influenced by the Maghreb culture. However, the main element of the cuisine in Carloforte is tuna, of which the "tabarchini" are skilled fishermen. Cooked in every way and without sparing any part of it, it is the basis of excellent dishes: there is tuna alla carlofortina, cut into cubes and sautéed in a pan with white wine and bay leaves, or a sauce of fresh tuna, olives, capers and pecorino cheese to be added to a pungent pasta, such as linguine. Tuna is also the star of one of the island's traditional and international events, the Girotonno, which takes place at the end of May and includes a series of chef contests, musical events and open-air shows that evoke the ancient rite of the slaughter, a rather brutish ritual yet typical of this unique community.