One of the most typical and known sardinian desserts is the seada. Well, this is not a real dessert, 'cause it could not be taste sweet. The base of the dish, in fact, is made by puff pastry fried in lard and filled with hot cheese. The only "sweet" ingredient is what covers the seada: honey. Sometimes, instead of honey, you could have sugar. We don't know much about this dessert's history, but there are many references about the seada or about dishes similar to the seada in different times and ages. Anyway, all the mysteries that surround this dessert disappear the moment you taste it: you will absolutely love it. 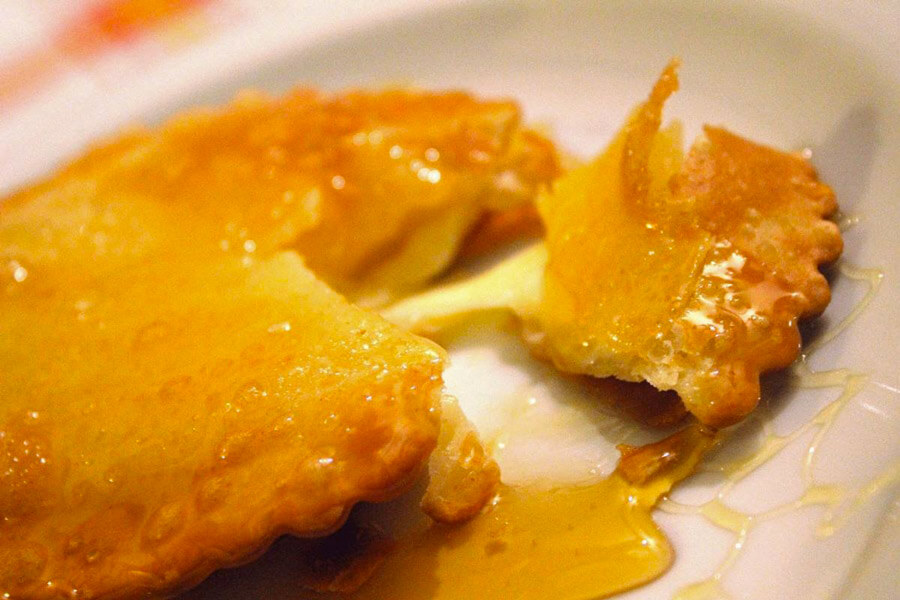 The name may change depending on where you are in Sardinia. You may hear "seada", "sebada", "sabada", "seatta" or "casgiulatam", but the most common is seadas. The final -s should indicate the plural (one seada, more seadas), but it is a common use to call it seadas even if you are speaking about only one of these. The origin of the name come from the latin word "sebum" (animal lard). The sardinian word to call the animal lard is also "seu" (same root).

The classic recipe (the one you will eat in mostly every restaurant in Sardinia) is: bran mixed with lard filled with fresh sour pecorino cheese (freshness and sourness are fundamental for the right cooking) and lemon peels. One the seada is ready, it must be fried in olive oil or lard and then covered with honey or sugar. Even if there are no official papers that attribute the origin of seada to the Romans, in the book "De Agri Coltura", written by Catone the Censor, there is a recipe called "Placenta", made by flour, water and pecorino cheese, mixed with honey. Also Petronio, in his "Satyricon", describes a dish made by flour and cheese with honey.

What is, instead, a fact, is the dimension of the ancient seada. If we now eat as a dessert a small seada, as big as a dessert plate, back in the roman times it was as big as a main course plate. Often, in fact, it was not a dessert, but it was the only course of the meal. 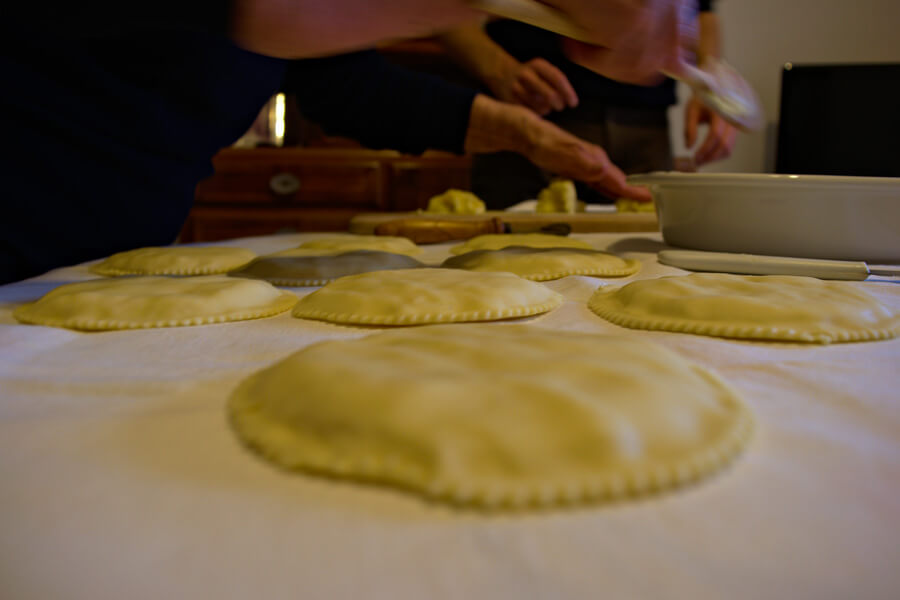 Like the name can change depending on where you are, so you could find different variations of the seada. For example, you can replace bran with flour and the lemon peels with orange ones. Someone fill it with uncooked cheese. However, this is not a much appreciated variation: sardinian people call it "A sa mandrona", that means "In a lazy way", because it's easier to make.

Another variation you may find more often, is the salted one, served as main course. In this case, the recipe is the same, but there are no lemon and honey on it: there are, instead, salt and parsley.

Sweet or salted, with cooked or uncooked cheese, covered with honey or sugar, the only important thing is to have one when you come to Sardinia. Enjoy! 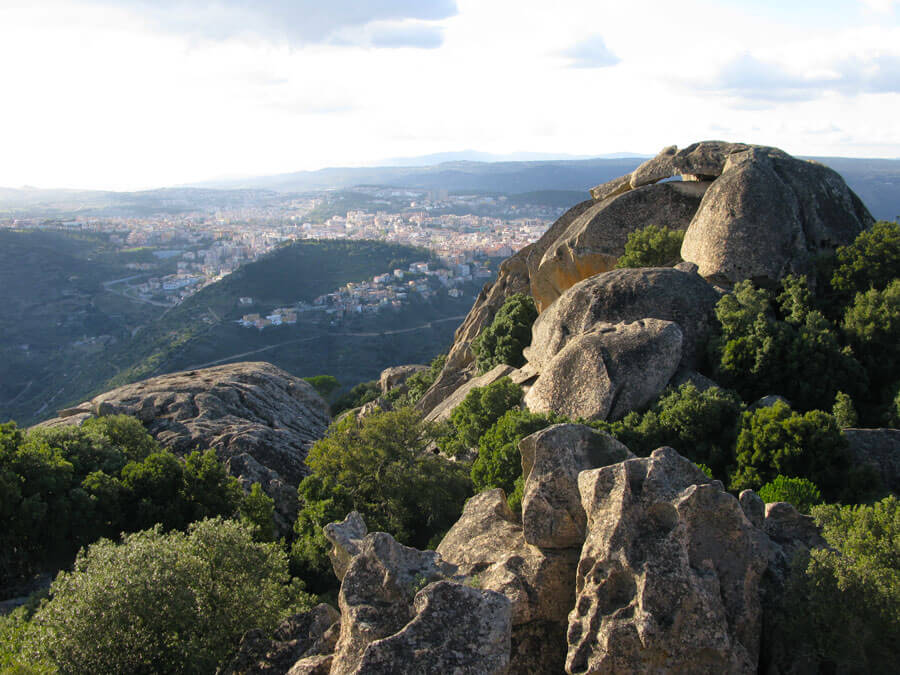